In this session, Steve and Chandra provide an introduction to the KubeVirt project, which turns Kubernetes into an orchestration engine for not just application containers but virtual machine workloads as well. This provides a unified development platform where developers can build, modify, and deploy applications made up of both application containers as well as the virtual machines (VM) in a common, shared environment.

They show how the KubeVirt community is continuously growing and helping with their contributions to the code in KubeVirt GitHub repository.

In the session, you will learn more about why KubeVirt exists:

They also explain the common use cases, how people are using it today:

They also cover how the project actually works from an architectural perspective and the ideal environment. 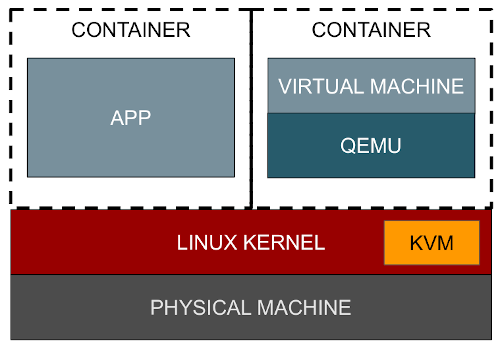 And how is the ideal environment with KubeVirt:

A walk through the KubeVirt components is also shown:

In the Video, a short demo of the project in action is shown. Eventually, Chandra shows how to install KubeVirt and bring up a virtual machine in a short time!

Finally, you will hear about future plans for developing KubeVirt capabilities that are emerging from the community. Some hints:

Steve Gordon is currently a Principal Product Manager at Red Hat based in Toronto, Canada. Focused on building infrastructure solutions for compute use cases using a spectrum of virtualization, containerization, and bare-metal provisioning technologies.

He got his start in Open Source while building out and managing web-based solutions for the Earth Systems Science Computational Centre (ESSCC) at the University of Queensland. After graduating with degrees in Information Technology and Commerce, Stephen took a multi-year detour into the wonderful world of the z-Series mainframe while writing new COBOL applications for the Australian Tax Office (ATO).

Stephen then landed at Red Hat where he has grown his knowledge of the infrastructure space working across multiple roles and solutions at the intersection of the Linux virtualization stack (KVM, QEMU, Libvirt), OpenStack, and more recently Kubernetes. Now he is working with a team attempting to realize a vision for unification of application containers and virtual machines enabled by the KubeVirt project.

Chandrakanth Reddy Jakkidi is an active Open Source Contributor. He is involved in CNCF and open infrastructure community projects. He has contributed to OpenStack and Kubernetes projects. Presently an active contributor to the Kubevirt Project. Chandrakanth is having 14+ years experience in networking, virtualization, cloud, Kubernetes, SDN, NFV, OpenStack and infrastructure technologies.

He is currently working with F5 Networks as Senior Software Engineer. He previously worked with Cisco Systems, Starent Networks, Emerson/Artesyn Embedded Technologies and NXP/Freescale Semiconductors/Intoto Network Security companies. He is a speaker and drives local open source meetups. His present passion is towards CNCF projects. In 2018, he was a speaker of the DevOpsDays Event.