The user interface (UI), in the industrial design field of human–computer interaction, is the space where interactions between humans and machines occur. The goal of this interaction is to allow effective operation and control of the machine from the human end, whilst the machine simultaneously feeds back information that aids the operators’ decision-making process. Wikipedia:User Interface

In this blogpost we show the results of a research about the different options existing in the market to enable KubeVirt with a user interface to manage, access and control the life cycle of the Virtual Machines inside Kubernetes with KubeVirt.

The different UI options available for KubeVirt that we have been checking, at the moment of writing this article, are the following:

As the Octant webpage claims:

Octant is an open-source developer-centric web interface for Kubernetes that lets you inspect a Kubernetes cluster and its applications. Octant is a tool for developers to understand how applications run on a Kubernetes cluster. It aims to be part of the developer’s toolkit for gaining insight and approaching complexity found in Kubernetes. Octant offers a combination of introspective tooling, cluster navigation, and object management along with a plugin system to further extend its capabilities.

Some of the key features of this tool can be checked in their latest release notes:

We installed it and found out that:

With further work and investigation, it could be an option to develop a specific plugin to enable remote console or VNC access to KubeVirt workloads.

As defined in the official webpage:

A few weeks ago Kubernetes distribution OKD4 was released as preview. OKD is the official upstream version of Red Hat’s OpenShift. Since OpenShift includes KubeVirt (Red Hat calls it CNV) as a tech-preview feature since a couple of releases, there is already a lot of integration going on between OKD console and KubeVirt.

Note that OKD4 is in preview, which means that only a subset of platforms and functionality will be available until it reaches beta. That being said, we have we found a similar behaviour as testing KubeVirt with OpenShift. We have noticed that from the UI a user can:

One of the drawbacks is that the current KubeVirt HCO operator contains KubeVirt version 0.18.1, which is quite outdated. Note that last week version 0.24 of KubeVirt was released. Using such an old release could cause some issues when creating VMs using newer container disk images. For instance, we have not been able to run the latest Fedora cloud container disk image and instead we were forced to use the one tagged as v0.18.1 which matches the version of KubeVirt deployed.

If for any reason there is a need to deploy the latest version, it can be done by running the following script which applies directly the HCO operator: unreleased bundles using the hco without marketplace. Note that in this case automatic updates to KubeVirt are not triggered or advised automatically in OKD as it happens with the operator.

There is actually a KubeVirt Web User Interface, however the standalone project was deprecated in favor of OpenShift Console where it is included as a plugin.

As we reviewed previously the OpenShift web console is just another piece inside OKD. It is an independent part and, as it is stated in their official GitHub repository, it can run on top of native Kubernetes. OpenShift Console a.k.a bridge is defined as:

a friendly kubectl in the form of a single page web application. It also integrates with other services like monitoring, chargeback, and OLM. Some things that go on behind the scenes include:

Then, as briefly explained in their repository, our Kubernetes cluster can be configured to run the OpenShift Console and leverage its integrations with KubeVirt. Features related to KubeVirt are similar to the ones found in the OKD installation except:

When testing cockpit in a CentOS 7 server with a Kubernetes cluster and KubeVirt we have realised that some of the containers/k8s features have to be enabled installing extra cockpit packages: 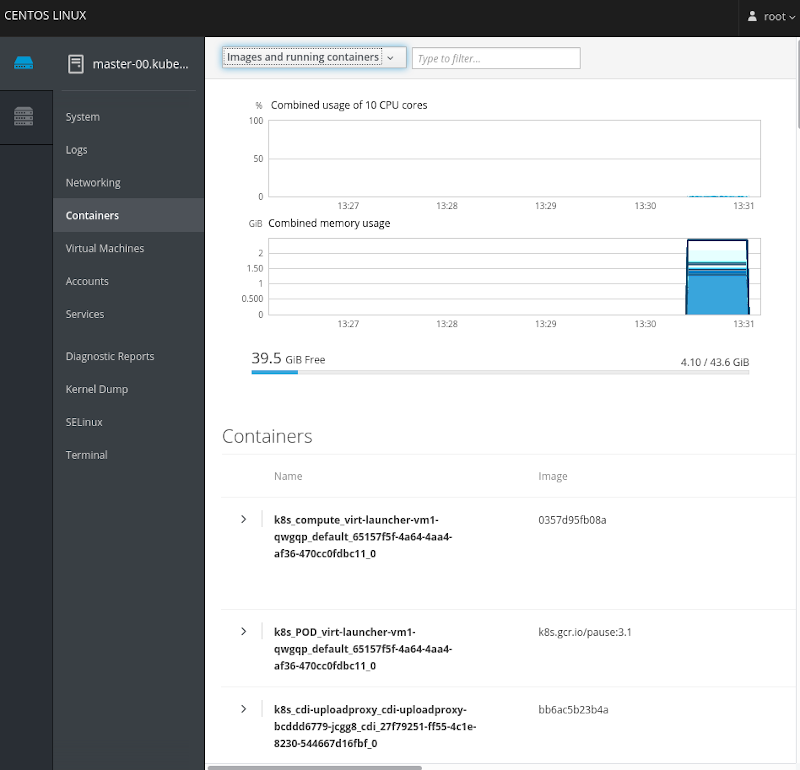 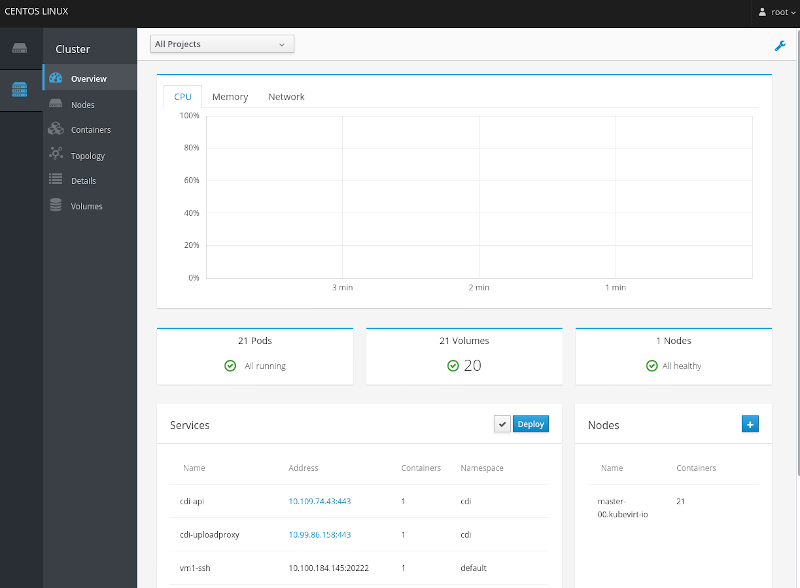 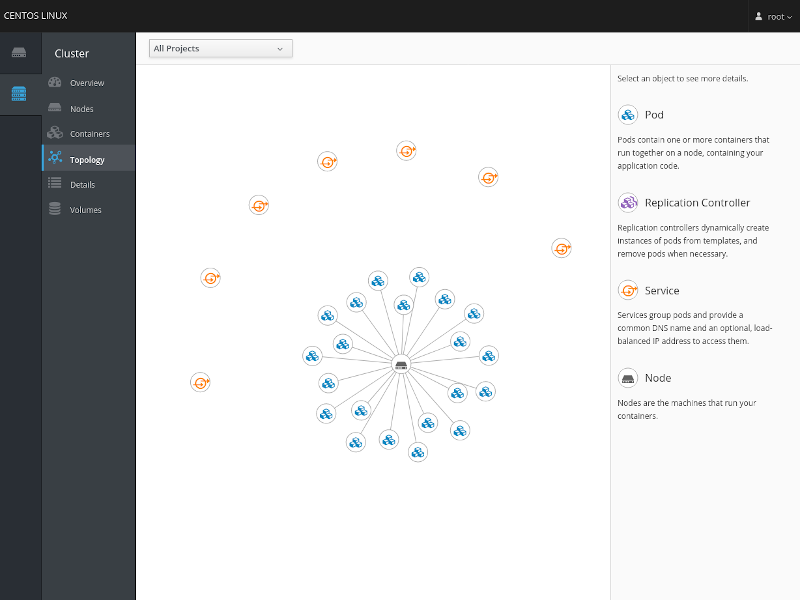 In CentOS 7 there are also the following packages:

At the moment none of the cockpit complements has support for KubeVirt Virtual Machine.

KubeVirt support for cockpit was removed from fedora 29

noVNC is a JavaScript VNC client using WebSockets and HTML5 Canvas. It just allows you to connect through VNC to the virtual Machine already deployed in KubeVirt.

No VM management or even a dashboard is enabled with this option, it’s a pure DIY code that can embed the VNC access to the VM into HTML in any application or webpage. There is a noVNC blogpost detailing how to install noVNC.

In this animation you can see the feature of connecting to the Virtual Machine with noVNC:

From the different options we have investigated, we can conclude that OpenShift Console along with OKD Kubernetes distribution provides a powerful way to manage and control our KubeVirt objects. From the user interface, a developer or operator can do pretty much everything you do in the command line. Additionally, users can create custom reusable templates to deploy their virtual machines with specific requirements. Wizard dialogs are provided as well in order to guide new users during the creation of their VMs.

OpenShift Console can also be considered as an interesting option in case your KubeVirt installation is running on a native Kubernetes cluster.

On the other hand, noVNC provides a lightweight interface to simply connect to the console of your virtual machine.

Octant, although it does not have any specific integration with KubeVirt, looks like a promising Kubernetes user interface that could be extended to manage our KubeVirt instances in the future.

We encourage our readers to let us know of user interfaces that can be used to manage our KubeVirt virtual machines. Then, we can include them in this list