How to easily test specific versions of KubeVirt on GCP

At KubeVirt, we created cloud images on gcp and aws to ease evaluation of the project. It works fine, has a dedicated CI and is updated when new releases come out, but i wanted to go a little bit further and see if i could easily spawn a vm which would default to latest versions of the components, or that would allow me to test a given PR without focusing on deployment details

So What did I come up with

From console.cloud.google.com, go to “Compute Engine”, “Images” and then click on “Create Image” or click this link. 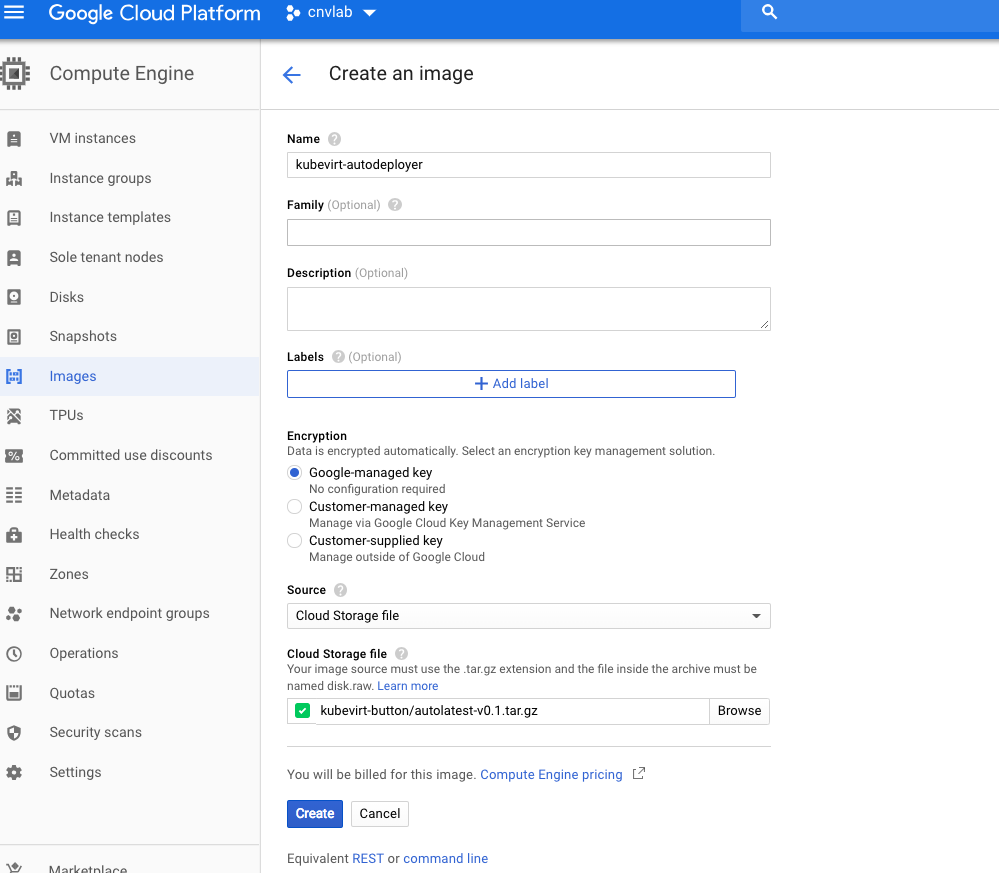 Fill in the following data:

Then you can create a new instance based on this image. Go to “Compute Engine”, then to “VM instances”, and then click on “Create instance”. 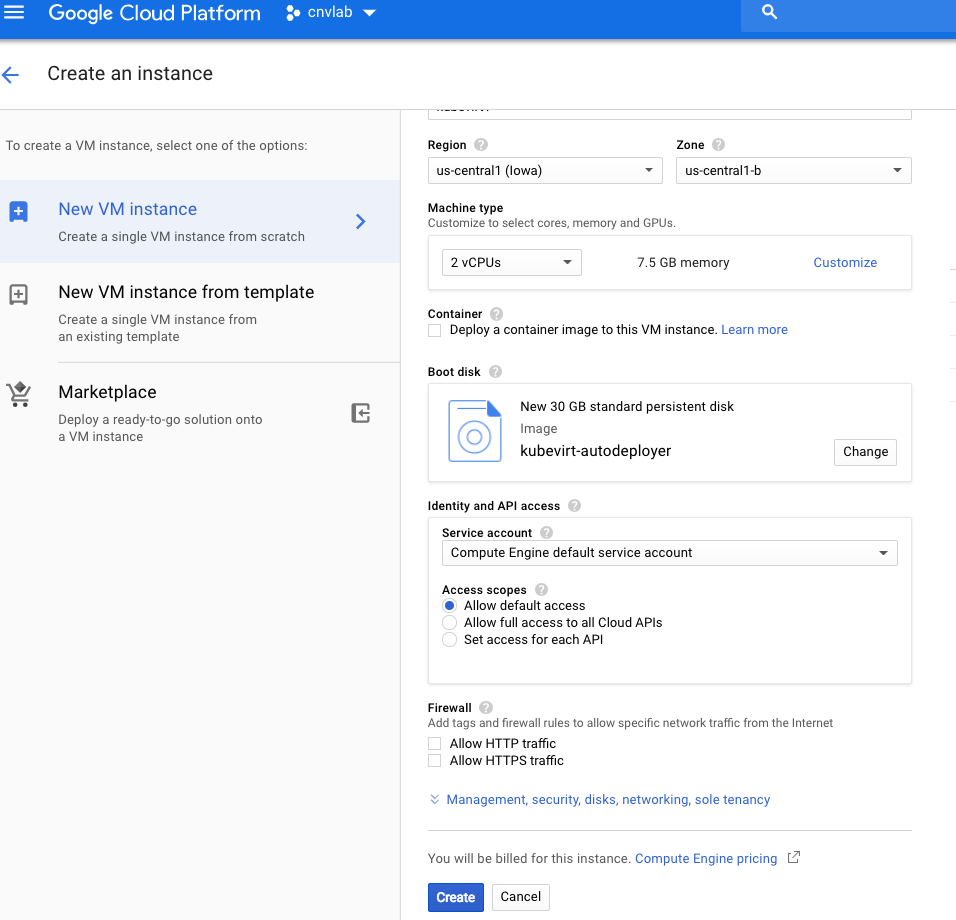 Under boot disk, select the image that you created above.

If you want to use specific versions for any of the following components, create the corresponding metadata entry in Management/Metadata 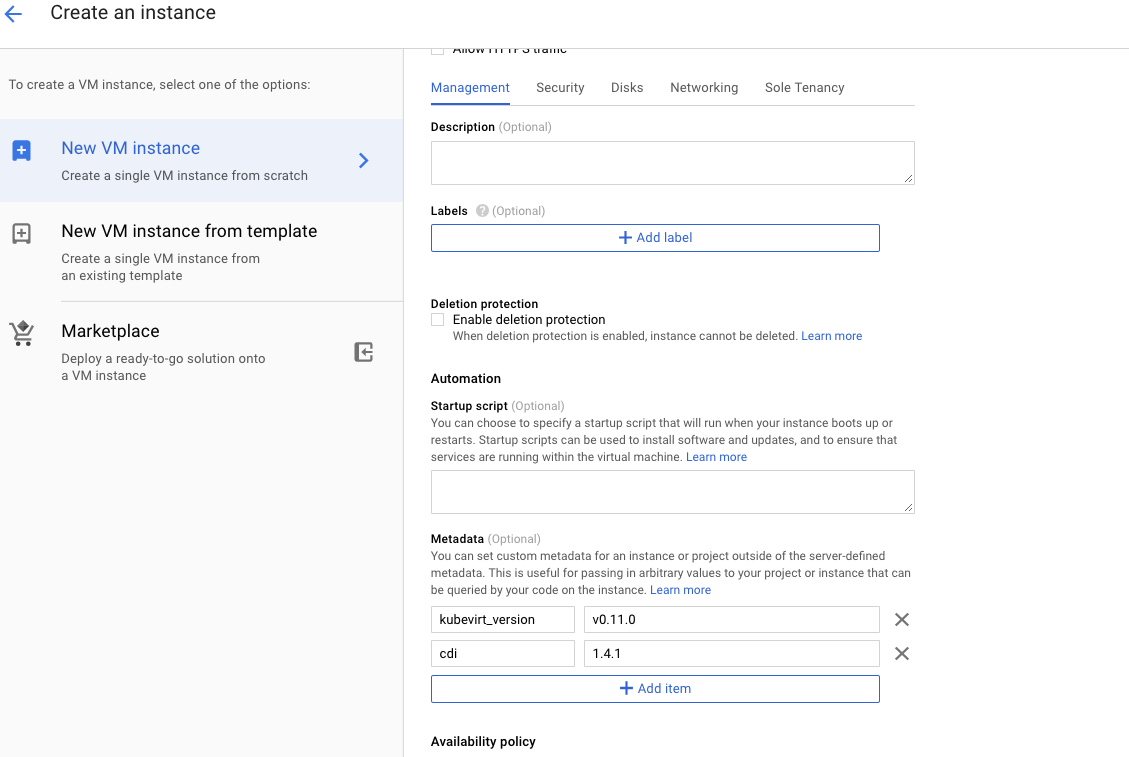 Once vm is up, you should be able to connect and see through the presented banner which components got deployed

What happened under the hood

When the vm boots, it executes a boot script which does the following: